With a mixture of psychedelic and progressive sounds, the Punk Rock band Lemmiwinks infects us with their energetic rhythm. The band was born in Panama City in 2006 and since then they have shown their commitment and dedication to their music, so much so that they have had the opportunity to participate in various festivals such as The Fest (Gainesville, FL), Massive Destruction (República Dominican Republic), Green Festival of Music Culture, Culture on Wheels and Manso Fest (Panama). They have also had the opportunity to share the stage with some of their “heroes” as they indicate, including Propagandhi, Meat Puppets, 311, CJ Ramone, Voodoo Glow Skulls, among others.

Hear more about this band and their song in Episode 51 of the Neo Travel Cast.

In 2009, the band released their first LP called “Peludo.” Lemmiwinks shares with us that this LP includes many of the band’s most recognized songs such as “Lógico,” “El Gallinazo” and “Pereza Inmobiliaria,” the latter of which was on rotation on the MTV network.

In 2014 they released “La Creatura” in vinyl format, with songs known as “Mi Novia Me Dejó Because I Smoke Marihuana,” “Lo De Siempre” and “Prisión Salón.”

In 2020 they released an EP called “Vicios Ocultos,” a cover album by some of their favorite artists like Frank Zappa, The Soft Pack, The Amps and Meat Puppets.

With a very particular name and I would dare to say that it was taken from an episode of a very popular show called South Park, Lemmiwinks shares with us their most recent single titled, “World Domination”, a song in English where the band expresses how it takes decisions in a world where there is only greed and greed negatively affect society and our environment.

World Domination” was recorded on analog tape at editoris, a record label founded by Lemmiwinks. The song was mixed by Poti (member of the band). The cover of the single was in charge of Marc Sasso, known for his work with covers of Dio, Motorhead and Judas Priest.

Lemmiwinks tells us that “World Domination” will be part of their latest 12-song album, of which they have already released 4 and are preparing for a tour in the United States with other American bands at the end of 2021.

We always recommend that travelers get a travel insurance policy to cover their vacation. Our favorite is AIG’s TraveGuard. It covers trip cancellation up to 30 days prior to the event, trip interruption, trip delay, missed connection, baggage coverage, baggage delay, travel medical, emergency and security evacuation, worldwide travel assistance and more. The policy does contain limitations and exclusions and details vary for each guest’s state insurance governance. 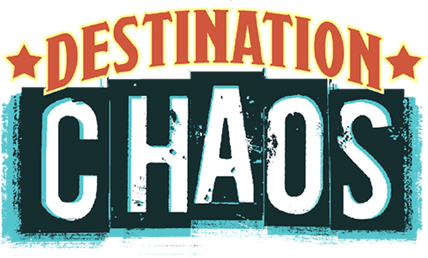